On the eve of the convention, the first family welcomed Wisconsin GOP pilgrims seeking political catharsis. During the governor’s reception, Scott Walker led an awkward conga line which included state representatives and party faithful. In a way, this clumsy dance was symbolic of the real goal of the convention: get Republicans in line behind the governor, regardless of how ridiculous everyone looks.

At the main event, Walker delivered his canned speech from a small stage surrounded by an enamored crowd. The governor wore approachable rolled sleeves in front of his supportive backdrop, setting up a folksy photo-op. Walker sounded precise, cadenced, and rehearsed, describing accomplishments like his role in passing Right-to-Work (legislation he reluctantly supported after calling the initiative to pass the bill a “distraction”). Interestingly, Walker’s 2015 achievement needed to be force-fed to him by the Republican legislature only a few months prior. Now Walker has rewritten Wisconsin history. The narrative became his; supporters clapped.

In contrast, Wisconsin 8th District Congressman Reid Ribble reached the podium and asked the crowd to ponder something simple: “Why did you come?” Ribble went on to describe a meeting of Republican members of Congress where one of the guest speakers, Arthur C. Brooks of the American Enterprise Institute, listed three visionary principles that Republicans must take to heart in order to be successful in the future:

1.     (Republicans) must stop fighting against things, and start fighting for people.

The GOP gets stuck on selling their own policy rather than listening to people, then developing solutions. Too often, Republicans refuse to address pleas for help, sweeping them aside as another way government might intrude on people’s lives. “No” is a conservative response to most new and existing government assistance. To regular citizens, “no” is not a vision that makes their lives better; it’s a dismissal of their concerns.

2.     Republicans need to go where they’re not invited.

This should be common sense for a group attempting to grow its tent. Republicans tend to wait for diversity to come to them. At a certain point, Republican outreach requires the party members to actually reach out.

Ribble urged the WI GOP convention-goers to put aside partisan politics and start caring about the individual. He said, “You want to win in 2016? You start to view life through a different prism. [...] It’s not about being red, and it’s not about being blue; it’s not (in many cases) [...] about being right. It’s about caring for people.”

Is connecting with potential voters a core principle or a hassle? Is the Republican Party ready to actually do the work of continuous outreach, or will outreach continue to be a campaign checklist item performed for a few weeks of each election cycle?

O Captain! Where Art Thou?

Walt Whitman wrote O Captain! My Captain! in response to the death of Abraham Lincoln, a father of the original Republican Party. The three-stanza poem expressed sorrow and exultation for a man with noble ideals who was cut down too soon. A man who understood that reaching out and helping others was part of being a Republican. Lincoln was a captain.

Today, the modern-day GOP remains without a true captain. The Republican National Committee (RNC) leadership talks about increasing the party’s racial and gender diversity, yet they’re oblivious to their insular homogeny (see the 2015 “Your America” Calendar reference, which has since been taken down from the RNC’s website).

Pockets of minorities and union workers who live in strong blue areas are written off as automatic Democratic voters. Republicans need to go beyond their comfort zones, go where they’re not invited, and listen. This is how Democrats have been successful earning the majority of minority votes.

Walker has proven himself to be an unworthy skipper, acting as a windsock rather than a captain. When not leading a conga line, Walker follows where the opportunistic winds blow (and claims credit for passing bills like Right to Work).

As 2016 approaches, Ribble’s speech reminds us that the GOP is a grand vessel left in decay with no one worthy at the helm. We have no one worthy to be president. We are a party adrift. O captain! Where art thou? 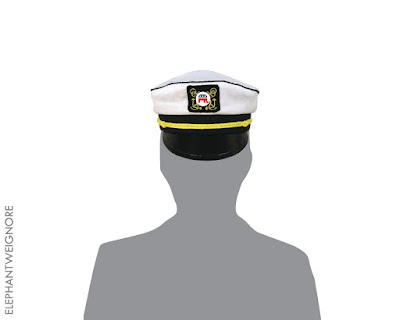