Democracy is a threat to our country.

Professor of economics at George Mason University and nationally syndicated columnist Walter E. Williams stated, “The ideal way to organize human conduct is to create a system that maximizes personal liberty for all. Liberty and democracy are not synonymous and most often are opposites.”

Williams, a laissez-faire capitalist, takes strong libertarian positions on issues such as eliminating the minimum wage, affirmative action, and the Federal Reserve (opinions I do not share). Nevertheless, as far as articulating the contradictory nature of liberty and democracy, Williams is on point.

Democracy wasn’t always a celebrated ideal. In its pure form, a slight majority can eliminate the rights and privileges of a minority by voting them away. Pure democracy is mob rule. American revolutionaries avoided this system, preferring the more equitable republican system of government.

James Madison wrote in the Federalist Papers that a republican system protects the rights of the minority through representative government while democracy solidifies majority power by any means possible. Alexander Hamilton said of American governmental structure: “We are now forming a Republican form of government. Real liberty is not found in the extremes of democracy, but in moderate governments. If we incline too much to democracy, we shall soon shoot into a monarchy, or some other form of dictatorship.”

The founders were right, yet modern politicians use pure democracy to their benefit. These opportunists rely on the mob. Some are even running for president.

“We the People”, borrowed from the opening line in the U.S. Constitution, is a popular slogan used by right-wing politicians. It is used by states’ rights (mob rule) ideologues to claim a popular consensus rather the original intent of the phrase: liberty and justice for all. Liberty is an inconvenient concept to people who want to force their ideas on others. It’s much easier to convince a mob to turn on the minority.

Mob rule ideologues rely on the human desire to align with the pack, not the outcast. Pack mentality is primal, uncivilized. Mob rule conservatives have harnessed the notion of “We the People” as an excuse to illegally block individual rights (most recently, LGBT rights). Pure democracy in action.

(Full disclosure: I am Vice President of the Log Cabin Republicans of Wisconsin, a pro-LGBT group.)

The entire premise of mob rule trumping civil rights is based on democracy. “We the People” voted, so we get our way, right? -- WRONG. Unfortunately, most Republican presidential candidates celebrate pure democracy, abandoning their republican ideals in return for popularity. Most notably, Texas Senator and presidential candidate Ted Cruz (a states’ rights conservative first, Republican second) has chosen the wrong side in the debate on same-sex marriage: The mob.

Cruz made this statement following the Supreme Court’s decision allowing lower court rulings on same-sex marriage to stand: “This is judicial activism at its worst. The Constitution entrusts state legislatures, elected by the People, to define marriage consistent with the values and mores of their citizens.” Cruz’s immediate response was to propose legislation (S. 2024) limiting marriage to be between a “man and a woman”. Apparently the 1st Amendment slipped the constitutional lawyer’s mind (“Congress shall make no law respecting an establishment of religion, or prohibiting the free exercise thereof [...]”).

Marriage is a right. The Supreme Court has already ruled in Loving v. Virginia (the landmark 1967 case that struck bans on interracial marriage), “The freedom to marry has long been recognized as one of the vital personal rights essential to the orderly pursuit of happiness by free men” (emphasis mine). Every individual’s right to marry is protected from Cruz’s aggression. Minority rights are never subject to popular vote.

The Face of Democracy

The states’ rights conservative movement has long embraced pure democracy. National Organization for Marriage (aligned with conservatives Rick Santorum and Mike Huckabee) and the equally harmful Wisconsin Family Action (WFA) make a daily effort to chip away at the rights of the LGBT community.

WFA President Julaine Appling said of Wisconsin’s overturned marriage ban, “The people of Wisconsin voted to protect the definition of marriage. One liberal judge overturned the will of the people [...]”. That IS the purpose of the judiciary. Constitutional rights aren’t intended to be stripped by democratic means. In a republic, rights are guaranteed to even the smallest minority.

Republic for Which We Stand

We the people are individuals with God-given rights. To hell with democracy! It’s time to remember the ideal America was founded on: Republicanism. 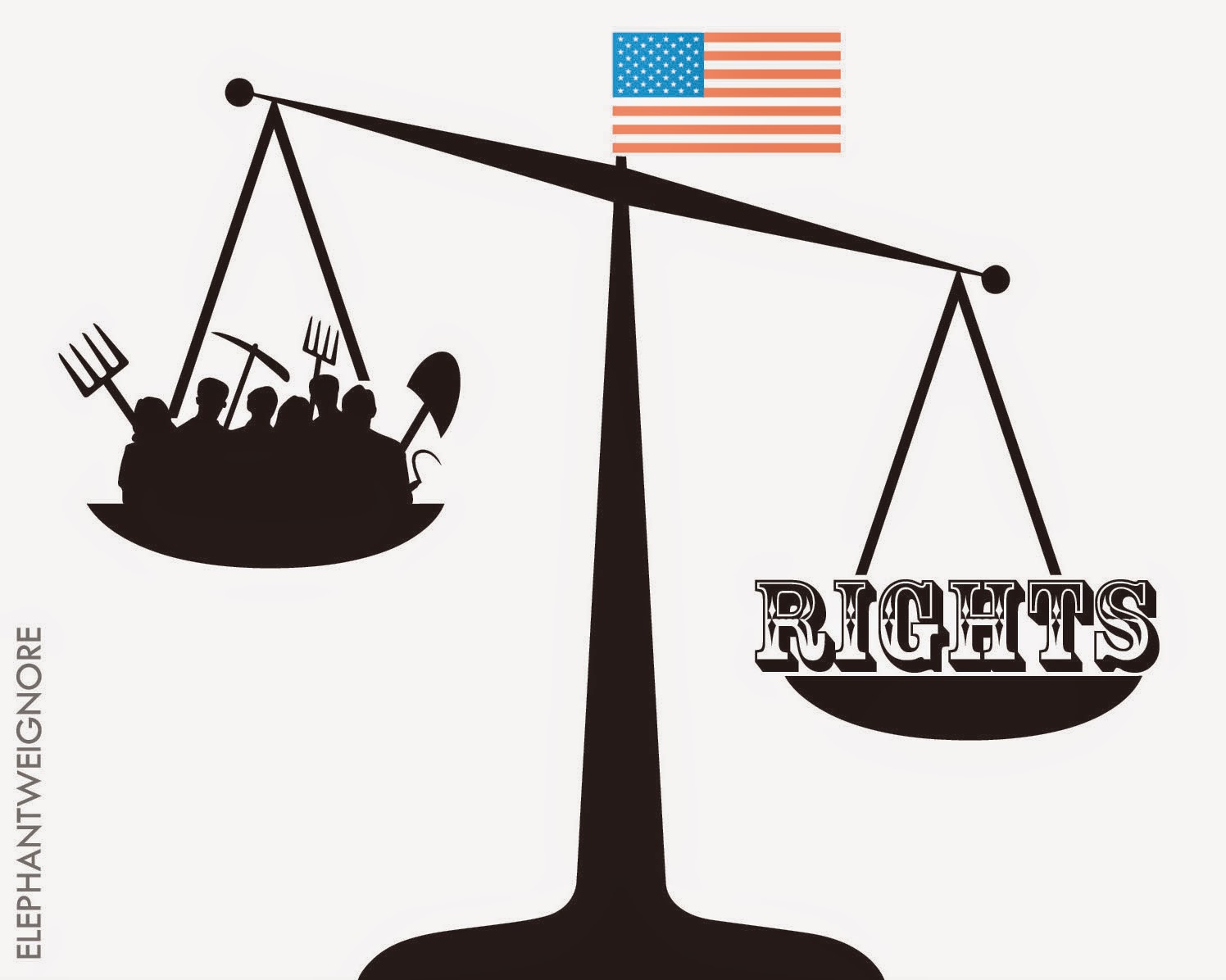